Left untreated, an ingested lithium coin battery can cause a harmful chemical reaction in as little as two hours. If you believe your child swallowed a battery, visit the emergency room immediately. 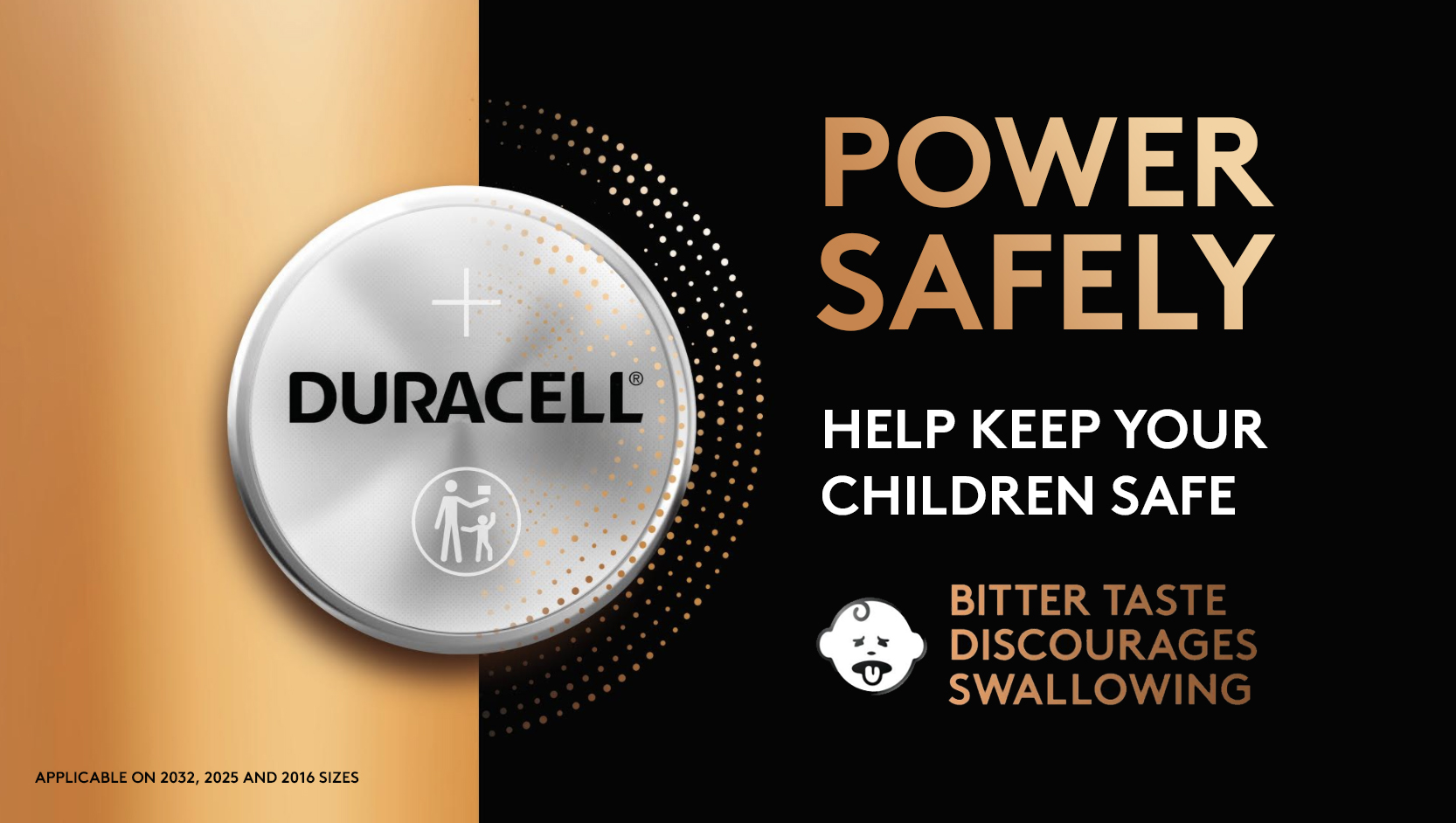 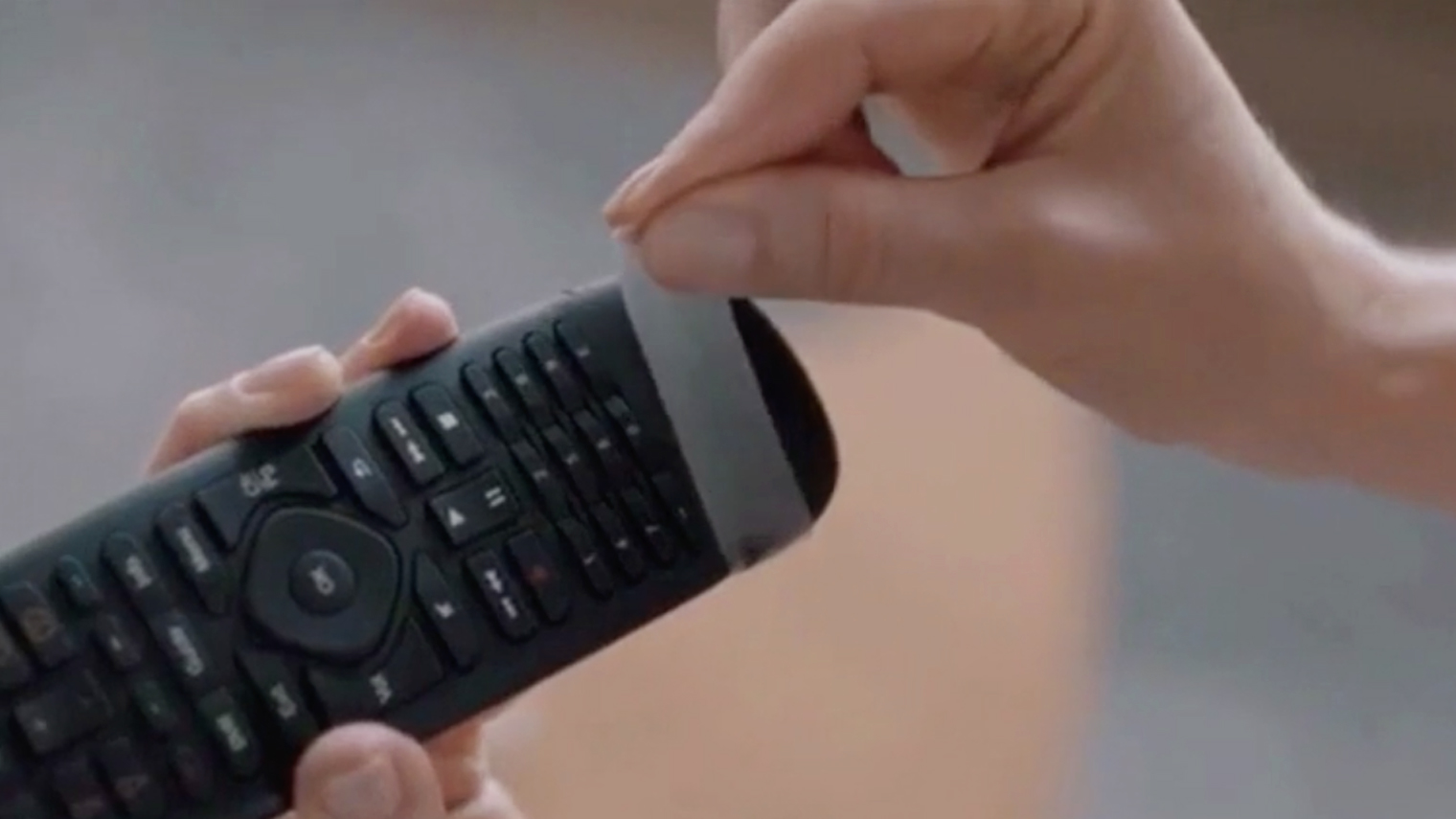 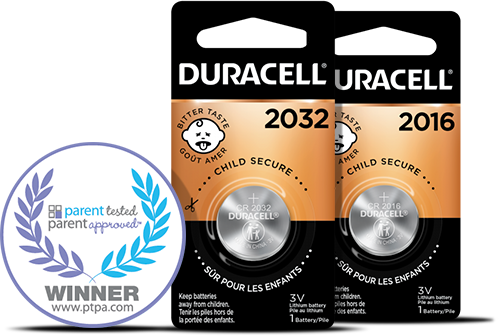 Parents across the U.S. were selected to evaluate Duracell’s new lithium coin battery with bitter coating and we’re proud to announce we were awarded the coveted Parent Tested Parent Approved (PTPA) Winners Seal of Approval.

Our parent testers were excited for the on-cell bitter coating innovation to hit the market to help families avoid the potential for accidental ingestions. Because of the added safety feature on Duracell’s new Lithium Coin batteries, we’re proud to announce these products as a 2020 Parent Tested Parent Approved award recipient.

Marisa Soto and her family have teamed up with Duracell, to bravely tell their heart-wrenching story and to introduce Duracell’s new child safety campaign – Power Safely. The Power Safely campaign strives to inform parents and caregivers on how they can help keep children safe through ongoing education, sharing safety tips, and by offering lithium coin products that come in child-secure packaging and are equipped with a non-toxic bitter coating, designed to help deter swallowing. Together, Duracell and the Soto family aim to bring awareness to the hidden danger of lithium coin batteries and steps parents can take to help avoid accidental ingestions. 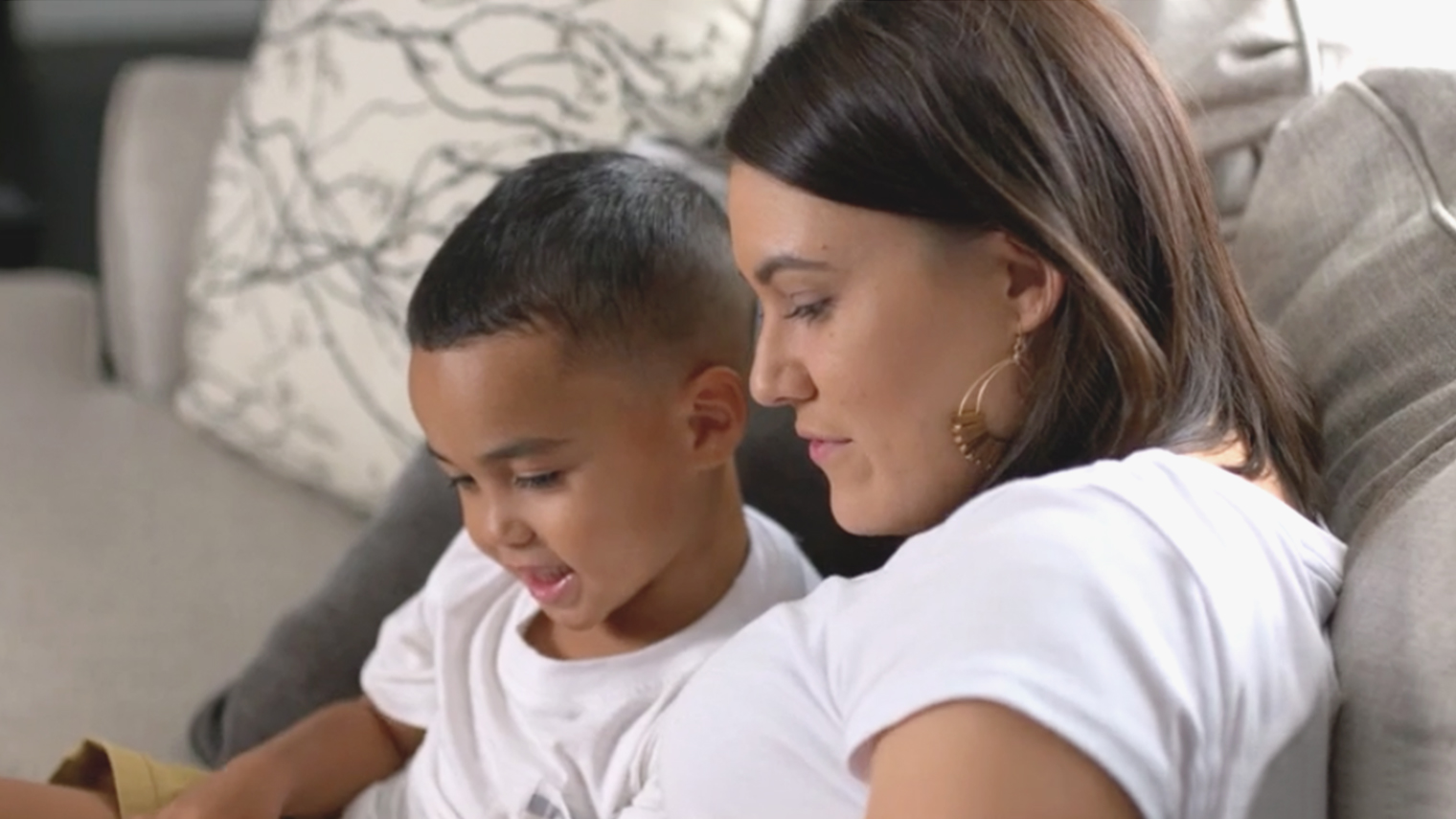 It was a normal day in the Soto Family household, when Marisa and David Soto were getting ready to go to work. Their 13-month-old son Cameron was on their bedroom floor playing with a pile of his toys, still in sight of his mother who was curling her hair.

In the matter of seconds, their world was turned upside down. 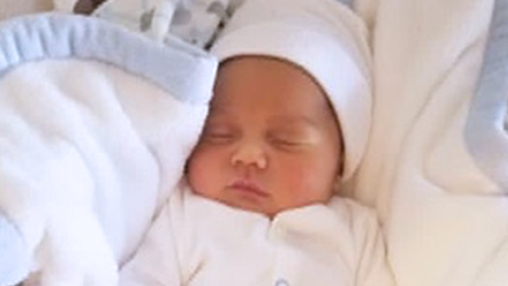 Terror and confusion struck Marisa as she witnessed her son starting to gag on the floor next to her. She looked around, and nothing dangerous seemed to be in sight. As Cameron’s physical condition continued to worsen, Marisa instinctively knew something was wrong, and rushed her son to the hospital.

After a series of x-rays, tests, and an emotional, seemingly never-ending wait in the Emergency Room, the parents were informed that their son had swallowed a small coin battery, which was lodged in Cameron’s esophagus.

The saliva caused a chemical reaction with the battery in Cameron’s throat, resulting in a chemical burn and life threatening consequences.

Cameron and his family endured an unfathomable battle, consisting of multiple surgeries, a tracheotomy, and months of being in a medically induced coma. 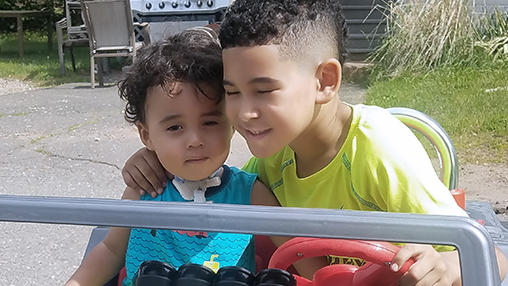 As parents of two other young children, Marisa and David were used to prioritizing child safety around their home, and were no strangers to implementing safe practices, by installing baby gates, cameras, softening corners, locking drawers, and toppleproofing heavy furniture. Watch the Soto Family’s story above to learn more. 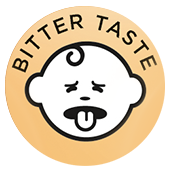 The latest safety innovation added to our lithium coin batteries (2032, 2025, and 2016 sizes) is a non-toxic bitter coating on the cell that is designed to help discourage swallowing. 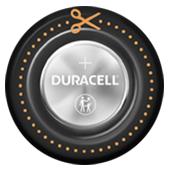 We make our packaging difficult to open for a reason. The double blister design requires scissors—and determination—to remove the battery. 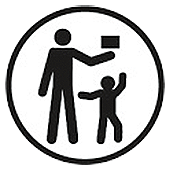 Every lithium coin battery package is clearly marked with a safety warning. 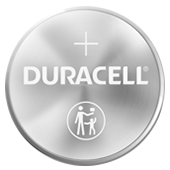 The positive side of the battery offers an additional safety warning.

As a mother of three, having the knowledge of how to properly feed one of my children through a G-Tube was unimaginable, but it became my reality without any warning.

It all started off as any other day at home due to widespread COVID-19 lockdown measures. I was loading the dishwasher after lunch while my then 18-month old daughter Amélie was chasing her brothers around the house. A few minutes later, everything changed for us. 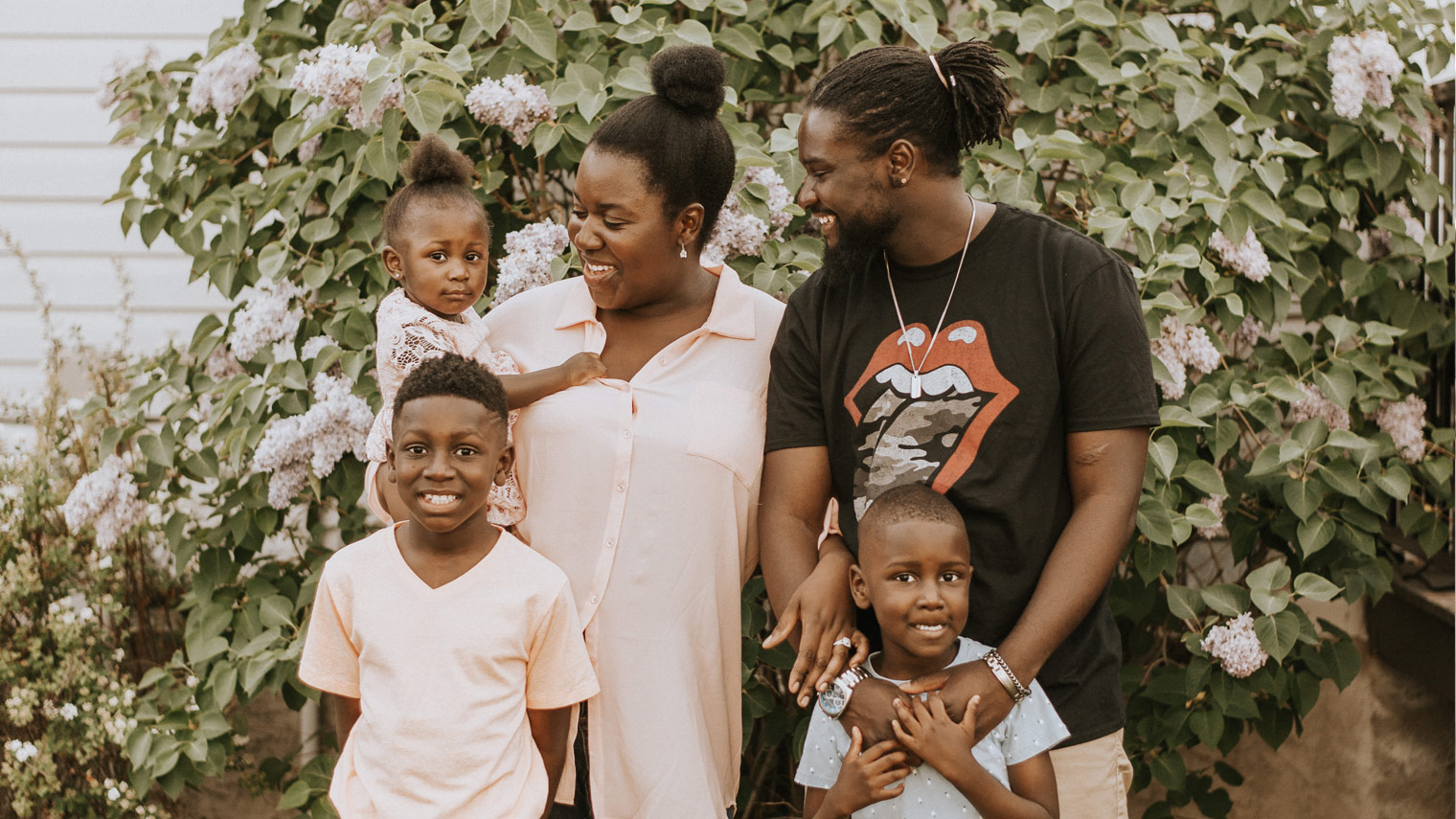 She popped into the kitchen where I was working and then suddenly collapsed on the floor. I ran over to investigate what was going on. As I frantically picked her up, her eyes rolled back and blood began pouring from her nose.

Terrified and unsure what was wrong, we rushed her by ambulance to the local emergency room in our hometown of Red Deer, Alberta. An x-ray revealed that Amélie had swallowed a small foreign object, later identified as a lithium coin battery. 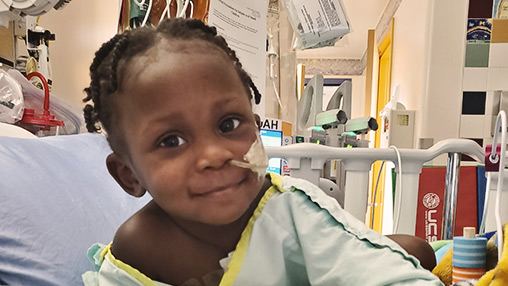 How or where my daughter found this battery, I still do not know. However, the events that followed after this accidental ingestion were life altering.

Amélie was then transferred by ambulance to the Stollery Children’s Hospital in Edmonton, nearly two hours away. Upon arrival, she went into cardiac arrest twice before undergoing emergency heart surgery.

The battery, having mixed with saliva, had ruptured Amélie’s esophagus, trachea, aorta, and carotid left artery. The injuries had caused Amélie to suffer a stroke on the left side of her brain and subdural bleeding on the right side of her brain.

My angel is a fighter, and despite a grim outlook, she survived! She spent over a month at the Stollery Children’s Hospital, between intensive care units, medications to prevent clotting and rehab. The stroke had paralyzed the right side of her body, so Amélie needed to relearn how to walk, move her whole body and to swallow safely, including being fed through a G-Tube.

For those unfamiliar, as I was at the time, the G-Tube (gastrointestinal tube) provides a direct connection to the stomach bypassing the need for chewing and swallowing. Today, Amélie is fed primarily this way. Since her initial discharge, she has had three surgeries to dilate her esophagus in the hopes that she will regain her swallowing capabilities.

When people look at photos of our family they often think everything has returned to our perfect life, but how it looks on the outside does not always reflect what happens behind closed doors. 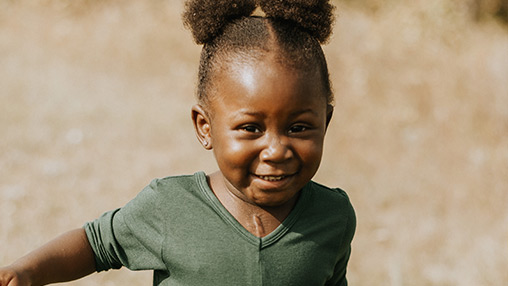 A very mundane regular day can flip your life upside down. As a parent, I am now even more aware of the possible hazards in my own home. As I already mentioned, I do not know when or how Amélie got a hold of a lithium coin battery – did it drop out of a device in our home, was the small battery inadvertently left somewhere unattended – it’s so unsettling. I learned first-hand the importance of knowing which devices in our home take lithium coin batteries and to regularly inspect the items and to secure the battery compartments.

I can’t stress enough how critical it is to keep lithium coin batteries out of reach from our little ones and that includes locking away spare coin batteries and safely disposing of used batteries. I do what I can every day to raise awareness so that other families can avoid similar incidents and make our homes a safer place.

How You Can Help

There are simple things you can do to help prevent your child from coming in to contact with a lithium coin battery. 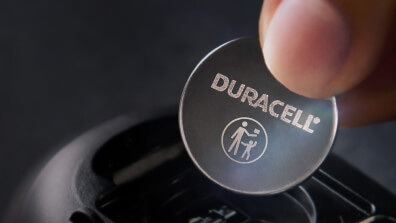 Lithium coin batteries are commonly used in devices all over your home:

Keep these devices out of reach and out of sight. Supervise your children if they come into contact with them. 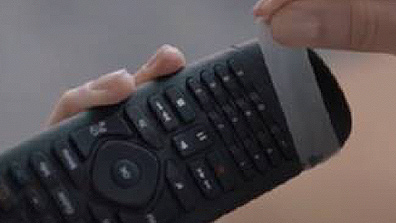 Kids are curious. Even if you keep your devices away from your children, they might find them and get access to the batteries. A piece of duct tape or other tools can help secure battery compartments. 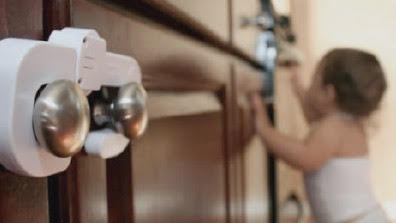 If you’ve got spare batteries, be sure to keep them secured and away from your children in a drawer, cupboard, or any other space that can be locked.

Devices to Look Out For

You can help at home by safely securing the devices below.

If your child swallows a battery, go to the emergency room.
If you have other questions or concerns, call 1-800-498-8666 or visit www.batteryingestionhotline.com.